Review of A Decent Bomber by Alexander McNabb 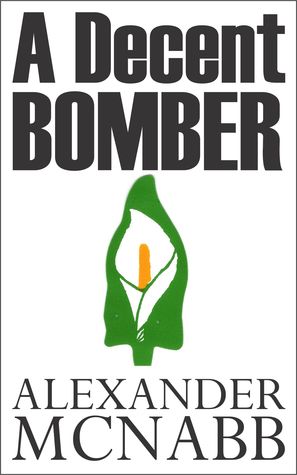 Alexander McNabb has been travelling around and working in the Middle East for almost 30 years. Formerly a journalist and magazine publisher, he spends his time advising companies on communications strategies, focusing on digital media and online publishing. When he’s not writing books, he’s posting half-thoughts and snippets on his blog, Fake Plastic Souks. Alexander’s first published book was a comedy thriller in 2002. From there, he wrote books specific to his knowledge of the Middle East.

‘A Decent Bomber’ – is set in Ireland and the UK. Pat O’Carolan has worked for the last 20 years as a farmer on his family’s plot of land. One day, he is forced into his past profession as a bomb-maker. Pat is given instructions to pick up cache and make bombs for his past organization, known as IRA.

Once the process begun, Pat’s visiting niece Orla was kidnapped by the new group to ensure that he would cooperate with them. The leader seems to be a Somali terrorist turned extortionist known as The Accountant. This was a warning, among other subtle things to Pat showing that the group of people were not from his own organization. Taking matters into his own, he killed the men watching him and rescued his niece. Together the two sought to trace the men who had the bombs.

Pat left clues in the bombs and so that the police would be able to notice the situation and follow accordingly. With intentions of setting a bomb off every couple days, the new group made a ransom to the government. When the first bomb was discovered, it lead the police to follow the same clues as to who the terrorist cell was.

Pat realized that the terrorists were using information gathered from his old team to be able to secure weapons and materials for bombs. He attempted to connect with various buddies that were still alive to get information or protect them, but many times he was too late. Pat had to ensure that he was ahead of the police so that he wouldn’t be caught.

McNabb brings many nuances and messages to light within this book. He shows the brutally and psychological scars of terrorism. In many cases, the innocent ones are effected most. A lot of people involved in the story, had layers of pain and guilt that stemmed from the broad effects of terrorism. Those who survive violent attacks are left with memories and scars that can never be healed. This really hit home for me and allowed me to further connect with the characters and the story.

McNabb combined action and crime investigation skills into a suspenseful story. He delves into love, family-ties, karma, LGBT, and cultural issues without steering too far away from the main story line. I enjoyed reading this book. ‘A Decent Bomber’ is a fast-paced story that sure to keep many readers involved until the very last page.

You can find more about Alexander McNabb here